A Multilingual Student Turns a Project Into a Viable Business

Industrial Engineering senior student Daniel Croitoru, 22, from Bogota, Colombia not only loves Math, but is also a big fan of Linguistics. He speaks four languages -- Spanish, English, French, and German -- and is currently learning Mandarin. Wanting to put his passions to work, he made his final project for his Bachelor's program all about Math and Linguistics. 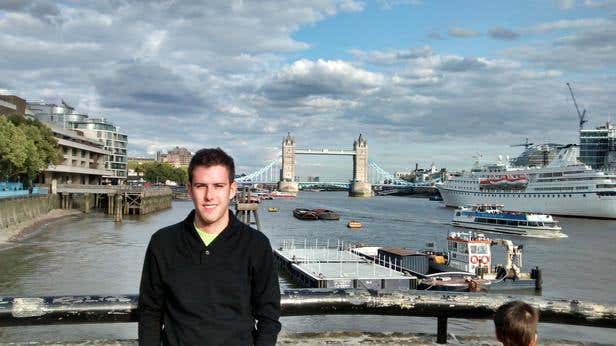 His project, SpanishPro.net, aims to connect teachers and learners. "The website sells Spanish classes to people who know the basics of Spanish but want to improve their conversational skills without formal classes," Daniel said. Not intended for beginners, the website's target customers are foreigners who have studied the language for at least six months.

This is because the teachers can be anyone. Signing up as a teacher at SpanishPro doesn't require one to have a diploma on teaching. Basically, anyone who is fluent in Spanish, is patient, and has a knack for keeping chats interesting and engaging is welcome to apply. Daniel himself said he would be setting up classes. "I study in a university with about 20,000 people. I'm contacting teachers and students who want to earn extra to sign up," he said. 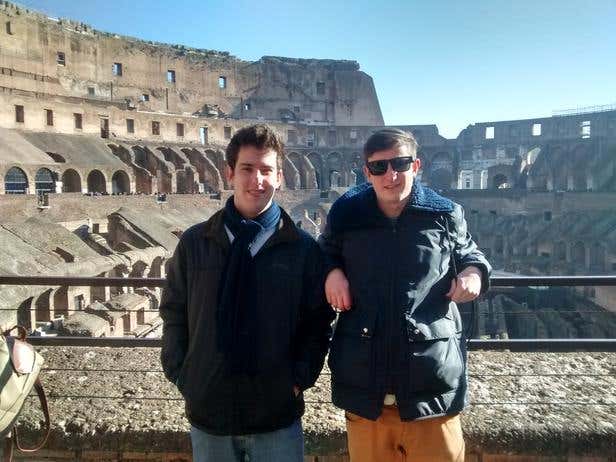 (Daniel with his brother)

The cheapest fee is US$5.38 for a class that typically lasts 45 minutes. The teachers earn US$5 per class. "My price point is one of the lowest there is. I think that's what makes us stand out from plenty of similar sites," Daniel said, who added that all teachers are Colombians who are native Spanish speakers. "Our clear and light accent makes us ideal Spanish teachers."

Daniel submitted his project last May and received a perfect 5/5. He then had the idea of launching it and turning it into a business. But since he couldn't design a website, he hired a freelancer to do it.

He posted his project on Freelancer.com, which he found on Google. "I got 31 bids and picked one among the two freelancers who submitted their bids in Spanish. Freddy0309 from Venezuela was more detailed and confident in his proposition, so I picked him," Daniel said. 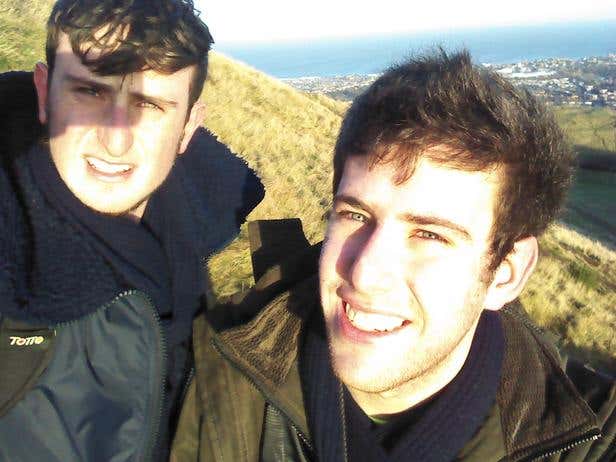 Working with Freddy was a breeze. After the platform was completed, Daniel hired him again to add additional pages on his website. "It was really nice working with him because we both speak Spanish and have similar cultures. Quality-wise, I'm very satisfied with the work and plan to hire him again in the future," said Daniel.

His favorite feature on Freelancer.com was Milestone Payments. He said it was the best system he saw as it gave confidence to both parties. "It was difficult to find a payment platform that works in Colombia. I'm glad Freelancer.com supports our country." He paid a total of US$866 to Freddy. Locally, he said he would have easily shelled out at least US$2,000.

As soon as Daniel finishes his degree, he's going to run SpanishPro full-time. "I'm really passionate about this new venture and want it running soon. Right now, I'm fixing my website's SEO and social media. I will find an expert on Freelancer.com to assist me," he declared.