Get a New Lease on Life

When the housing crisis in the United States hit its peak in 2009, AutoCAD civil drafter Stephen Stelly found himself in the same plight as millions of other Americans—unemployment.  With no work to be had anywhere, he went online to find a means of getting out of this predicament.  While Googling for freelance work, he discovered Freelancer.com, the world’s largest outsourcing marketplace, and found what he was looking for. Moreover, he broadened his horizons by discovering skills beyond AutoCAD drafting. 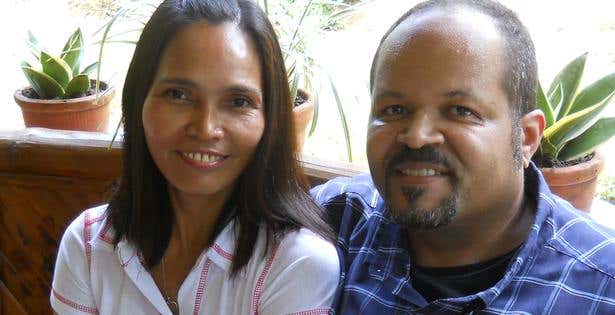 Enticed by the logo design contests, he learned the ins and outs of logo design and found a “lifesaver.” “The contests allowed me to stay busy and develop my skill. It kept my mind off the hardships I was facing after two years of unemployment. I entered several over a period of one month and a half, each time one of my drawings would be ranked higher and higher, encouraging me to keep going.” After six weeks, he finally won his first for US$490. At this time, he also began bidding on projects. In due time, he was able to pay off his car loan, phone bills, and credit card debts.

Fast-forward four years:  Steve now heads the design team at RentReporters, the only company authorized to report rental payments directly to US credit bureaus. Through the company’s service,  individuals can improve their credit profile. He came onboard in 2011 as a shareholder upon the invitation of his then employer at Freelancer.com, and helped establish the business from the ground up.  The company, which had a net worth of only several thousand dollars when he joined, is now an US$8 million venture; the figure is expected to double within the next few years.

“By sheer chance, I bid on a project created by someone looking to build a web page,” he recalls with candor. “I worked on the three drawings he sent for about three hours, one hour per drawing and submitted them. After they were completed, I was asked to come over to his office to discuss the drawings. I came casually dressed and expected nothing but criticism, which is part of the design process. What happened on that day was the total opposite of what I expected.”

Challenged by an offer that would allow him to get into the thick of business, he accepted the proposition. He was put in charge of website design and given the freedom to find and hire designers he would supervise.

“Without hesitation I went directly to the place where I got my start, Freelancer.com,” he reveals. “I decided this would be the perfect opportunity for me to give back to the community that helped me survive the troubling times in my life. Knowing that there were thousands of designers from all over the world, I had no doubt in my mind that I would find someone to help me accomplish what we set out to do.” Through a logo contest, he was able to determine whose style and work ethics were similar to the company’s.  He hired three freelancers from Serbia, Afghanistan, and the Philippines to redesign the website and build the infrastructure.

“Before our service, it was not possible for an individual to report his rent payments to any credit bureau,” he explains. “The idea was so new and so revolutionary that it caught the eye of the acquisition team of a major credit bureau. Soon after, we were approached by another with whom we entered a partnership. Now, RentReporters.com is the sole source of rental information for Trans Union.”

Not only has Freelancer.com completely transformed Steve’s professional outlook, his desire to give back to other freelancers by hiring them on the same platform led him to find Miriam, his long-lost love. Never one to socialize online, he created a Skype account for the sole purpose of tracking down a freelancer he had hired initially on Freelancer. That single account allowed Miriam to finally reconnect with him after years of online searching. In a matter of days, they were reunited.

“Without Freelancer.com, RentReporters.com would not exist,” he declares. “The website it gave birth to a new industry that today is helping over 10,000 individuals throughout the United States.” And on a personal note: “I would not have become a part of and a witness to this event nor would I have had the opportunity to meet my wife. I came across Freelancer.com at a time when it would have been easy for me to just give up. If not for the opportunities afforded by the site, I would be living on the streets right now. “

As a freelancer, the challenge of retirement has been placed squarely in your own hands. Here's a few tips to help you navigate it:

Accounts Payable: Beyond the Numbers