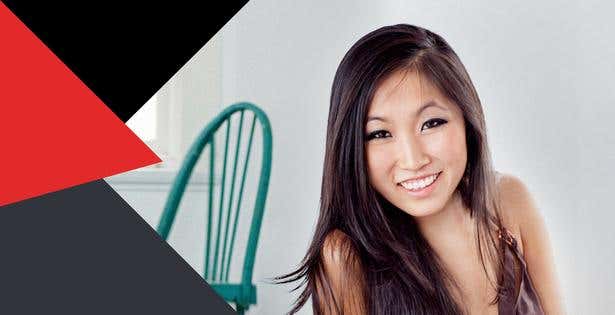 Jane Lu is the CEO and Founder of Showpo, one of Australia's most exciting online retail brands for women's clothing. Grown on the back of social media, Showpo has over 727,000 Instagram followers, over 490,000 Facebook fans, and last year celebrated $10 million dollars in sales.

Jane grew up in Beijing, China, but immigrated to Australia with her parents when she was eight years old. She actually started out in finance, not business or fashion. She went straight to KPMG out of college on a cadetship program, and then she became a business analyst at Ernst & Young. Though she was well on her way to pursuing a corporate career path, she eventually got bored and ended up quitting the corporate world for a crack at entrepreneurship.

However, Jane's first foray into business with two partners from university turned out to be a failure. Still, it served as a jump-off point for her current success. Coming from virtually nothing, Jane put her all into creating Showpo. Indebted to her parents who funded her first failed venture, she kept it all a secret for six months while she put the fashion retail business together. She funded the business herself through her credit card, and even learned HTML to put the initial site up on her own. In lieu of traditional marketing -- which she couldn't afford -- she used her social media savviness to gain a following for the brand.

Showpo.com (which evolved from the name Show Pony) launched in September 2010. Jane is now Chief Executive Pony, and is working with 11 staff members. The company makes it a priority to keep the relationship going with their niche target market through social media, and is constantly implementing new marketing strategies.

Find out how Jane did it all at SydStart 2015, Australia's startup conference! Secure your tickets today.

Things to keep in mind why it is important to communicate and transact only within Freelancer.com.