Ray Chan is the CEO and co-founder of 9GAG.com, one of the most popular user-generated entertainment sites on the Internet. The site, known for its memes, attracts 70-80 million unique monthly visitors and 2 billion page views every month. 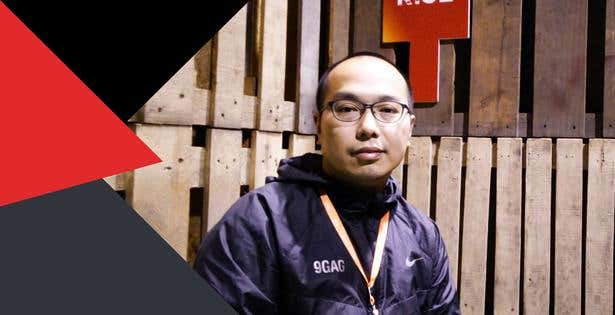 9GAG started out as a side project that wasn't expected to take off. Created in 2008 when Facebook was still not very popular in Hong Kong, 9GAG served as an alternative to email that simplifies the process of sharing funny photos and videos. Quite unexpectedly, it gained 500,000 page views per month shortly after its release.

The site served as Ray's and his four other co-founders' ticket to two top-notch incubators in Silicon Valley: Y-Combinator and 500 Startups. During the summer programs in Mountain View, California, the team worked on a photo-sharing app and a karaoke site.

In 2012, 9GAG raised US$2.8 million in funding from Silicon Valley venture capitalists that allowed them to expand their engineering teams in Hong Kong and California. That same year, they were able to launch an app for both Android and iOS. As a result, their presence not only grew on the Web, but also in social media, with 23 million Facebook fans, 11 million Instagram followers, and 4 million Twitter followers to date.

The 9GAG team is also taking the site to greater heights by looking to work with gaming companies. Last year, 9GAG released a game called RedHead Redemption that garnered 1 million installs in 3 weeks.

Ray graduated from the University of Hong Kong with a degree in Law. He was a member of the university's debate team and lacrosse team. He lived on campus, staying in Ricci Hall, a boy's only dormitory. He previously worked at a Hong Kong TV station and a book community startup called aNobii. Ray’s favourite 9GAG meme is the 'Philosoraptor' because according to him, it is funny yet educational.

Freelancer.com has officially hit 30 million registered users, a major milestone for each and every person in the Freelancer.com global community.

If you have ever wondered how to win more projects on Freelancer.com, this article is for you.

Have you discovered your passion and purpose in life? Here's how you can empower them.