9 Social Media Mistakes That Can Hurt Your Job Search

Everybody knows that your resumé needs to be up to scratch when you’re hunting for a job, but you may not have thought about your social media. After all, that’s not something you give to your employers, right?

Well, in this day and age, they can probably find it anyway, if it’s ever been linked to the name you give them. Recruiters know that your resumé is going to be polished within an inch of its life, and they want to see the real you. The simplest way to do that, other than in the interview, is to put your name in Google. When you’re looking for a new job, that’s the first thing you want to do: put your name into Google, and see what comes up. Even if it’s about someone else with the same name, if the details are similar then you could be in with a problem. You might want to check out this guide to controlling what shows up on Google.

So you’ve got that sorted out, but employers will still probably land on your real Facebook page, maybe your twitter. What are the most common mistakes which look terrible to a potential employer?

You might want to rethink the picture of you in your lingerie, however tasteful it might be. Anything that hints at raciness isn’t going to look great for the company’s image, and you’re going to be representing them. You might even list them as your employers on that very same Facebook page. So keep private stuff private. If you wouldn’t put it in a newsletter about yourself for your new coworkers to know, don’t do it!

We’ve all heard the stories about people being fired for saying offensive things on social media. No matter where you’re looking to work, it’s a good idea to keep this to a minimum, but especially if you’re applying to family-friendly companies, people involved with hospitality, anything linked to religion, etc. It’s not just about whether your views align with those of the company – even a Catholic school might balk if their employee was posting about attacking people who have abortions.

I know, I know. It’s hard to resist when someone says something inflammatory. You can actually win brownie points by handling this right, though. Stay calm and don’t let anyone draw you into a shouting match – you want to show your future employers that you can be a team player, and handle disagreements with some class.

It might be okay to joke with your friends on your Facebook, even if your employer is going to come across it. But if you’re using LinkedIn, then match your tone to the context: stay professional and polite, share work-relevant info, and keep your tone formal.

That picture of you licking your bestie’s face might be hilarious, but it’s not what an employer is looking for. Changing it up to something neutral is a good idea. It’s not that you can’t be yourself, but make sure that at a quick glance you look like a responsible sort of person.

Employers don’t want to know about your bodily functions or how drunk you got last night. The former makes it sound like you have no boundaries, and the latter seems irresponsible. It’s fine to love the good times, but remember, this is like a mini-job interview. There are things you wouldn’t say in a job interview – make sure they won’t come up when your potential employer checks your social media.

You’d think this was obvious, but you’d be surprised how many people post about torrenting movies, smoking weed or lifting the odd bottle of cola from the local store. To an employer, this is a huge red flag. They’ll be trusting you with their reputation and usually with their own equipment and resources too. Any sign of illegal activity is a bad sign – and even if you’re joking, it doesn’t come across well because you’re not taking the law seriously. This can be an even bigger red flag in tightly regulated industries.

It sounds over the top, but seriously – would you employ someone whose every Facebook status was about being broke and unemployed? The person recruiting you might well have to work with you in future. You owe it to yourself not to scupper your chances by airing the worst parts of you right where they can see it. 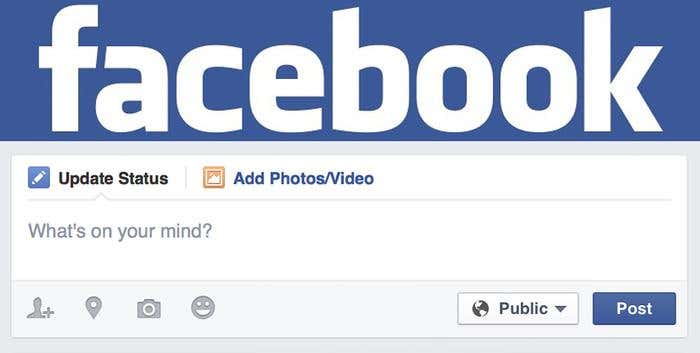 9.       Complaining about other companies, recruiters, etc.

It stings when you get turned down for a job, but don’t jump right onto social media to talk about it in a place that can be tracked back to you! For one thing, having been turned down by that company doesn’t look great – obviously they didn’t think you were good enough – and your lack of grace about it would tell a potential employer you don’t deal with setbacks well. Setbacks happen in working life, and they want to know you can deal with it like an adult.

It’s actually not that difficult: if you just keep in mind that whatever you say online is going to represent you to the person who could potentially hold your future in their hands, it should be easy to make sure that you don’t give them a bad impression. A bit of goofiness with your friends doesn’t matter – it’s not as if employers expect you to have no life outside the office. But anything that might impact on your employer’s reputation, clash with their views and values, or suggest that you’re less than fully capable is a really bad idea.

Have any social media advice to pass on? Leave a comment below!

Are you looking to become a successful freelance math tutor? This article will guide you through the process and provide all the tips you need.

My experience with quotes

11 Changes in iOS 11 Which You Should Be Prepared For