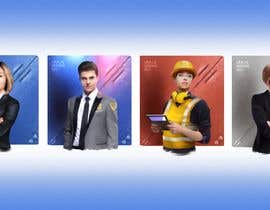 I'm an indie game developer currently finishing up a turn-based strategy game for a Steam release (PC, Mac).
It's basically complete, but has stub graphics for everything.

I need a 2D game artist to illustrate it. However, to make it easier to select the artist, I'm organizing a design contest where I plan to hire the artist who wins the contest to also illustrate the whole game in a separate project.

Think of it as a test task but where you only get paid (yet much more than a test task typically costs) in case you win. To me these 500 euro are the "hiring cost".

Here is the current build of the game:
https://mega.nz/file/CJtViKga#B63_02kkW5g7lan71PxbuGGGu2n3ccmTnIKC2TG0q1Q
(you can press Ctrl+K to instantly kill all enemy units - just end your turn after that to win the mission)

I'm also attaching 3 screenshots from various screens in the game: the strategic map (solar system), the battle view, and a typical email in the in-game's narrative part - from the narrative point, the whole game is actually a "remote control terminal" for employees in a huge dystopian corporation called Space Mining Inc in the 23rd century.

What you need to submit as an entry here:
ideally all 3 screens in a certain graphical style which you are suggesting. Maybe you don't have to draw every unit (since it's the task for the actual project for which I'll hire you if you win this). But there should be enough stuff to imagine how the game (and, importantly, its screenshots on Steam store) are going to look like.

I want this to be a distinctive style in any case. Btw current stubs use pixelated units from Sega's Dune 2 (1994), and unit icons use C&C 3 (2007) unit icons - which obviously no one can use for anything for IP rights reasons. The final game, since it's an indie one, and also has a distinctive dystopian / geek feel, probably shouldn't look like a big commercial project (XCom or C&C or Civ Beyond Earth). Instead, I'd prefer something simpler but "braver", more memorable.

"Moodboard":
The game is somewhat close to Alpha Centauri, Dune 2, C &C, Starcraft - it's definitely sci-fi. Something between near future (C&C) and far future in space (Dune 2, Starcraft). It's between the post-apocalyptic time (which is usually the 21st century) and far future (25th century and later). It's the intermediate step when humans have already colonized the solar system but haven't yet gone to other stars. Also, the factions are still stuck in the old Earth's politics - which is close to C&C themes. In addition to that, there is a "dystopian cyberpunk bureaucracy" feel - which is close to Deus Ex game series (especially the 1st game in the series from 1999)

All infantry in the game is androids. Tiles depend on the planet and vary from while ice to yellow sand to dark gray rock. View of units is technically top-down but you should add some perspective and a semi-transparent shade that still fits in the tile.

“Jhoani suggested the nicest art style for my game! I especially like his 2D human characters.”